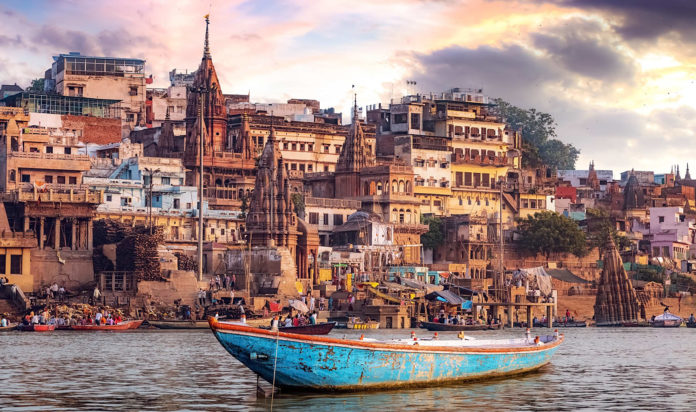 Varanasi- The Land Of Temples

Varanasi is the spiritual capital of India . It is  One of the seven Holy Cities, one of the twelve Jyotir Linga sites,Varanasi also known  as  Banaras or Kashi,the city is located on the bans of the river Ganga in the Uttar Pradesh and is the capital of Lucknow. 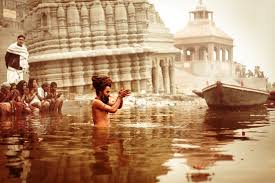 Talking about the history of Banaras- In the 16th century, Varanasi experienced a cultural revival under the Mughal king Akbar and built two large temples dedicated to Shiva and Vishnu, though much of modern Varanasi was built during the 18th century, by the Maratha and Brahmin kings. Varanasi has been a cultural centre of North India for several thousand years. Hindus believe that death in the city will bring salvation and thus  make it a major centre for pilgrimage.  Silk weaving, carpets and crafts play a major role in tourism.

Dashashwamedh Ghat–  is one of the oldest, most spectacular  ghat, at the bank of the river Gange.It is  believed that this is the place where Lord Brahma performed the Dasa Ashwamedha sacrifice.This Ghat is always crowded ,one can enjoy aarti every evening at 7pm. 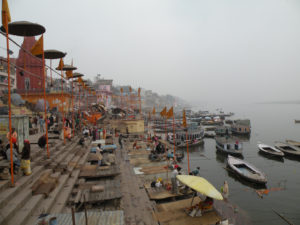 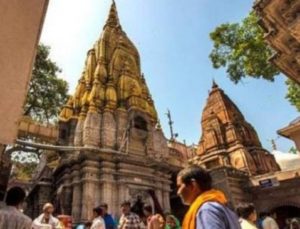 Manikarnika Ghat– It is not an ordinary ghat ,it is the cremation ground.Manikarnika ghat is a Shakti Peetha. Shakti Peeths are places on Earth where parts of the corpse of Sati Devi fell, when Lord Shiva carried it and wandered. There are 51 Shakti Peeth linking to the 51 alphabets in Sanskrit. Sati Devi also known as Dakshyani, is believed to be the first wife of Lord Shiva, the second being Parvati. Goddess Parvati is known to be the reincarnation of Sati Devi. 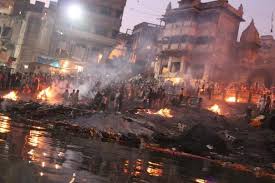 Sarnath – It is one of the world’s most important Buddhist sites, Sarnath is the place where Gautam Buddha first taught the Dharma then Buddhist Sangha  originated .  There is a village 1 km away from the Sarnath known as the Singhpur where Shreyansanath was born. He was known as the eleventh Tirthankara of Jainism. This is why the sarnath is also an important pilgrimage site for Jainism.  Sarnath originated from Saranganath known as the “Lord of the Deer”. This park is still exists there today. 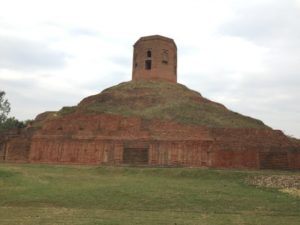 Ramnagar fort-Ramnagar Fort is a great place to visit as there you can see the ancient type of architecture and style. It serves as a great place for amateur photographers with its picturesque views from the fort during the sunset. The quaint fort was constructed using red sandstone. This fort has two stunning temples and a museum within the property. While one temple is dedicated to Lord Vishnu, the other one was built to venerate Ved Vyasa, who wrote the great Indian epic, Mahabharata.

Chunar fort-The chunar fort is in the out skirt of Varanasi.The Chunar Fort was established by Maharaja Vikramaditya, the King of Ujjain for his brother Raja Bhartihari. As per Alha Khand, King Sahadeo made this fort as his capital and renamed as Nainagarh in 1029 AD.It is  known as Chandrakanta Chunargarh and Charanadri, it is one of the best places to visit near Varanasi.Even today the Chunar fort stands tall above the Ganga, but sadly most tourists who visit Varanasi give miss this beautiful fort. 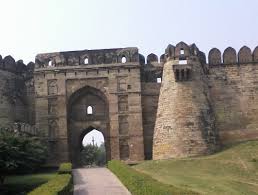 I have covered top 5 attractions in Varanasi ,hope my post helps one .It is a beautiful place with Ghats ,temples and fort .

Do share in the comments if you have been here once. 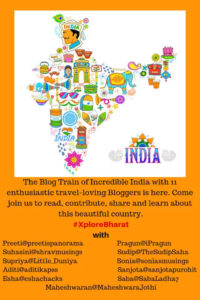 A big shout out  to our sponsor for taking this Blog Train experience even further.