Netflix is the most happening network throughout the world and it is constantly coming out with original series that are watched worldwide. Netflix is spending millions of dollars every year in launching these amazing shows and many of them are superhit and not to be missed owing to their storyline and superb performances. There are some terrific shows on Netflix that are a must watch and you can choose from a wide range of shows from the US, UK, Korea, Japan, Australia, Spain, etc. Listed right here are the best TV series on Netflix India so choose as per your liking and grab popcorns to start binge-watching right now.

Netflix is like a treasure trove with so much to stream anytime anywhere. If you have just finished watching a series and you are looking for a new one then Netflix has a mix of current, classic as well as original shows and series that will keep you occupied. 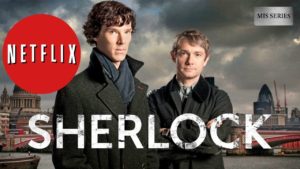 2.Riverdale: Riverdale is a modern adaptation of Archie’s comics and it is rather dark as compared to the humorous comics we used to read. Four seasons of this series have already found their way on Netflix and each season comes with new surprises and mysteries. All the Archie comics characters are present in the show that revolves around various murders or other mysteries. Get ready to meet Archie, Betty, Veronica, Jughead, and others in a whole new drama that takes you back into the 1990s. Once you start watching the series, we assure you it will keep you engaged for the weekend as you will not be able to stop. 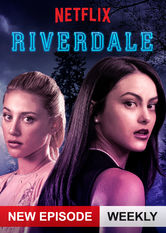 3. Stranger Things: This is a thrilling Netflix original drama that has been a hit since its launch. Three seasons of Stranger things are available on Netflix and each episode keeps you glued to the device. The story revolves around Joyce, whose 12-year son goes missing and she tries to investigate his disappearance with the help of local authorities. While searching for answers they unravel a series of extraordinary mysteries that involve supernatural forces, secret government experiments and an unusual little girl. You will surely binge-watch this series as there is a cliffhanger at the end of each episode.

4. Master of None: This series features two full seasons and revolves around the life of jobbing actor Dev played by comedian Aziz Ansari. The series is about life, love, and tacos and it seems like Ansari is really playing himself. It is amazing to watch this fantastic actor work through various subjects during the course of the series. If you love to watch thought-provoking comedies then this series is a must-watch during the upcoming weekend.

5. Sacred Games: Sacred Games is a critically acclaimed Netflix series, directed by Anurag Kashyap and Vikramaditya Motwane and it was widely criticized for its disappointing end. Saif Ali Khan and Nawazuddin Siddiqui have played the main leads in the show and the series has given new lease of life to their career. The series gained a nomination at Emmy’s 2019 in the best drama category. With exceptional acting by the renowned actors, this series is a must-watch. 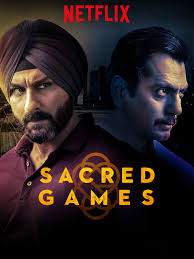 Final words: These series will keep you occupied and engaged during the weekend so snuggle on your sofa with a steaming cup of coffee and enjoy these Netflix shows that are not to be missed.

Top Five Series by ZEE5 That One Must Not Miss.