The times in which we are leading our lives are dark, with a pandemic taking over the world by storm and during the time of self-isolation and quarantine, there are several web series, worth watching on your favourite video streaming platforms. I recently watched two web series namely State of Seige on Zee5 of Seige on Zee5 and Special Ops on Hotstar, so here is my review of both: 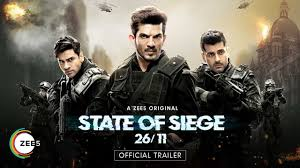 The Storyline: This show is based on the 26/11 incident that happened in Mumbai and narrates the 60 hours of 2008. This is the time when the nation got wounded as terrorists took over the city of dreams. This eight-episode series is based on the book Black Tornado: The Three Sieges of Mumbai 26/11 written by Sandeep Unnithan. During this dark time, there were more than 300 people injured and 165 dead, However, emotional and physical injuries were huge and took years to heal. The series shows a struggling National Security Guard due to budget cuts and the army is shown to be struggling with problems like rationing of weapons and having no equipment. These requests are not heard of, and a group of teenage terrorists steals into the city of Mumbai with bags full of arms and ammunition.

The plot is divided into episodes and there is one episode in which Ajmal Kasab is caught alive. State of Siege 26/11 manages to impress the viewers with its gripping storyline and amazing performances. ZEE5 is constantly delivering original content for its viewers with Code M and Kaafir and State of Seige has also impressed the viewers with great delivery and top-notch acting skills.

Arjan Bajwa commands the NSG commandos and we do not see extreme action in the series from him. Arjun Bijlani impresses as a police officer, while Mukul Dev plays his part well as the head of the terrorists. The show highlights the gaps in communication and among task forces that lead to problems. The series also highlights the role of media that kept the terrorists informed through handlers. 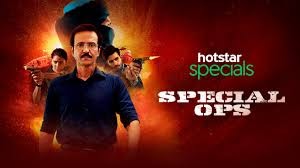 The Storyline: The story revolves around RAW officer Himmat Sings played by KK Menon, who is asked by an internal team to prepare an audit report that can clarify the expenses done on official operations in the years. The series shows the journey of several RAW officers capturing a terrorist mastermind Hafiz Ali who os behind six terror attacks. The personal and professional lives of these officers are portrayed in the series highlighting their heroic acts. K K Menon offers great performance and keeps the show firmly anchored, as he is known to lend his heart and soul to his character.  The supporting cast is memorable but I think the storyline could have been better. Neeraj Pandey has tactfully brought out the issues of National importance with the series, like his past projects like Special 26, Aiyyary, Baby, etc.

Special OPs takes the viewer into the most significant events of past like The parliament attack, 26/11 attack, imposing of Article 370 in J & K. There is also a sub-plot about Himmat’s teenage daughter and her independence that is a different plot altogether. According to me, there is a bit of zing lacking in the writing and directing team.

Both the series are worth watching during the days of Self-isolation, so make the most of your time and stay safe and healthy. 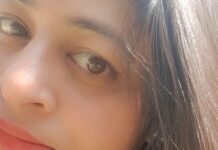